My Musical History, Episode 10: The Summer Of The Angry Young Man

After the relative success of the Fixed EP, we jumped right back into writing and rehearsing material for our next recording. Going with a more collaborative process this time around, we ended up with fifteen new songs that were quite a bit more eclectic than the previous batch; there were elements of pop, jazz, metal, and even "Hawaiian Music" (see Episode 9 for a brief explanation of what that is) - sometimes within the same song. 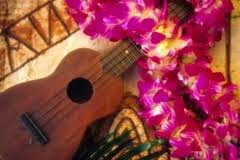 At the same time, I had this bright idea to take what we had learned from the release of Fixed and apply that to starting our own record label. This venture, dubbed "Crash The Luau Records," was going to focus on rock bands from Hawaii, with the idea that such things were so much of a cool anomaly that they deserved your listening attention and, therefore, a fairly significant slice of your disposable income.

So, we signed a couple of our friends' bands - a pop/punk outfit called Tweaked and a funk/rock group known as Seven Degrees North - and proceeded to plan a more-or-less simultaneous summer release of their albums along with the new Tone Deaf Teens offering. Since a vaguely common theme for all three albums seemed to be adolescent male discontent, our brilliant marketing department* came up with the slogan "The Summer of the Angry Young Man," which sounded like a good idea at the time.**

All three releases were fairly well received, with Tweaked's "Breaking The Curse" and TDT's "1%" getting good reviews in the local paper and earning nominations for Rock Album of the Year in the annual Hoku Awards, which is sort of like Hawaii's local version of the Grammys. Want to know who ended up winning? You can find out here.

So, on the surface, it seemed like things were going pretty well. We were playing a ton of shows, mostly at the Wave (how I miss that place), and we made another video, this time for a track off of 1% called "Prime Time Kumquat." Yes, that really is the song title. The other bands were playing out a lot as well and getting a good response.

But as the old joke goes, "How do you make a small fortune in the music business? Start with a large fortune (insert rim shot here)." The reality of the situation was that running a record label was, and is, a tough thing to do. After a while, we found ourselves heavily in debt and more-or-less forced to play a bunch of cover gigs to help make up for it. The strain of that situation eventually took its toll, and although I didn't know it at the time, a really big change was on the horizon.

Next: A Really Big Change