What follows is a status update on a number of different things. So would that make this post a "statuses update?" or - as Starfire might say - an "update of the statuses?" or a "statii update"? Statii isn't a real word, but I like how it looks and sounds, so I'm going to go with that.
Book Update:
On Tuesday Joel, Felicity and I continued our Epic School Tour '17 with a visit to the awesome and appropriately-named Woodland High School in Woodland, WA. That was the farthest out we've traveled so far for a school visit, if you don't count the ones that we've done via Skype (in which case Sweden is the farthest). 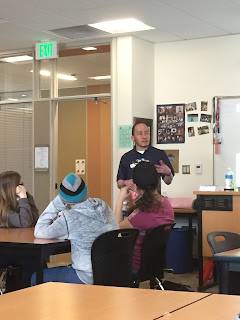 We were there all day and spoke to several different classes, all of whom were terrific. Big thanks go out to Aaron Blackwelder and all the students and staff for hosting us. Hope to be back next year!

Volume Four is progressing at a good clip. At the last update on May 11, I was at 22,000 words, and now I'm at 28,000. I think, if I can stick to my daily schedule, I stand an outside chance of finishing the first draft sometime before the holidays, which would be comfortably ahead of schedule. Wish me luck!

Band Update:
Continuing with the "tour" theme, Second Player Score played its first out-of-town show at the Axe & Fiddle in Cottage Grove, OR a couple of weeks ago, and it was super fun. Everyone there was really cool and welcoming, the crowd (and soundman!) was great, and the other band that we played with - Sojourner, from Eugene, OR - rocked the house. I love their music, you should check them out. 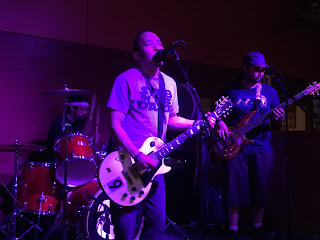 With that show concluded, we turned our attention to Boot Camp 2017 and started tracking demos for the first three songs of Glorified, our upcoming third album. The songs in question are entitled "Eye of the Needle," "Liberty's End," and "Desolation." We have studio time booked in July and can't wait to get these tunes recorded. We've also started some work on the Glorified graphic novel; a draft of the script for the first eight pages has been written. Is anyone out there a comic book/graphic novel artist that can do something along the lines of I Kill Giants? If so, contact us immediately, we want to give you money.

TV Update:
Doctor Who. Loving the new season so far (yes, even last week's fake-out regeneration). Peter Capaldi, why do you have to go? Actually, I'm pretty sure I know why, but it's still a bummer. 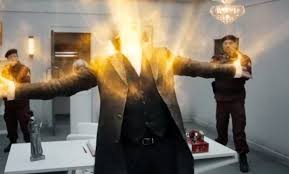 Really want to watch The Handmaid's Tale (I've read the book), but don't want to subscribe to Hulu just for that. Maybe I can hold out until the season is over and then just buy it on DVD or something. Maybe.

I don't want to subscribe to Hulu mainly because those budget dollars are already spoken for when I break down and finally subscribe to Netflix so that my daughter and I can watch the second season of Miraculous Ladybug. Which is starting...soon, I think?

Video Game Update (WARNING: SPOILERS FOR BREATH OF THE WILD ALONG WITH RAMBLING RUN-ON SENTENCES):
I defeated Ganon. Mostly by accident. I actually didn't mean to, honestly. The night it happened, I told my daughter "Okay, I'm tired of working so hard, tonight I'm just going to wander around Hyrule Castle and scope it out, you know, do some recon, see what's going on, and then tomorrow or whatever I'll go back and get serious." But then after wandering around for a bit, I somehow found myself in an area called the Sanctum and then Zelda started talking to me and a big swirly thing started to manifest in the middle of the space and I was like whoa am I actually at the final boss fight already how the heck did that happen? 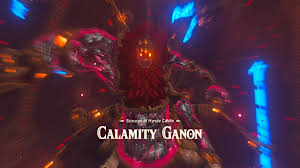 So then I figured, okay, since I'm here I might as well just give it a shot, I'll fight Ganon without looking at the walkthrough and just sort of learn what I need to do the next time I'm back and am actually taking this seriously. I assumed I would just die a quick and frustrating death (or three) and then quit for the evening.

But then something weird happened. Despite not knowing what I was doing most of the time (turns out what I was doing was mostly wrong) I somehow managed to make it past the first stage. And then the second. And then I got thrust into the third stage and by that time I was like "Well all right since I'm here I might as well try and see this whole thing through." And you know what? Despite still continuing to do mostly all the wrong stuff I managed to fake my way through it well enough that I beat him and finished the game. I was not expecting that at all.

Anyway, as it turns out, once you beat Ganon the game gives you a star (woo!) and a completion percentage on the map screen telling you how much of the game you've actually finished. Seeing as how I had 116 of 120 shrines and a decent amount of side quests completed, I thought "Okay, my percentage will probably be somewhere around 60-70%." Right? Um, no. I was at a measly 24%. I guess all the billions of Korok seeds that I haven't yet found might have something to do with it (if there are so many of them, why are they so hard to find? Arrrgh). So the moral of this story is that I have a ways to go still, which thank goodness because I need a game to play until Xenoblade Chronicles 2 comes out "sometime in 2017" (oh Monolift Soft/Nintendo, why do you torture us so?) We finally have our Switch, so we're ready. Let's do this.

P.S. Please consider checking out the books in the Joel Suzuki series because they contain much less run-on sentences (trust me, my editor makes sure of that). Mahalo.