Wow, it's been over four months since the last Statii Update! Let's get right to it.

Book Update:
Had a great time at both the Barnes and Noble B-Fest as well as the Fall 2017 Portland Home and Garden Show. Thanks again to Bjorn Sorenson for setting up the former and Roslyn McFarland for arranging the latter! 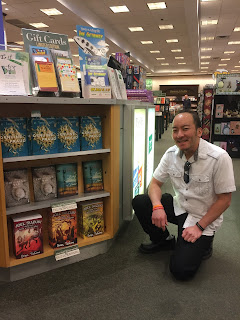 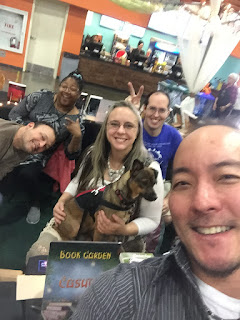 Volume Four is at 62,000 words and counting. It's kind of at that tricky stage now where the whole thing is like one of those puzzles where you have to make sure all the pieces interlock at the same time. But it is coming along nicely, and I'm still on track for having the initial draft done before the end of the year.

Lots happening on this front. We finished recording three songs for our upcoming third album and are now boot-camping the next three. We just wrapped up filming a video for one of those songs. We found an artist for the graphic novel/comic book that will accompany the aforementioned third album. We also wrote a story outline for the second album that will be narrated by the amazing Tryston Blyth from Neue Regel Radio and released as bonus content. Whew! 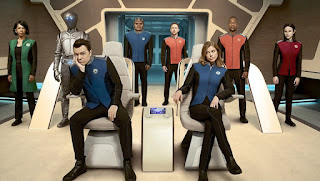 I am loving TV right now. The Handmaid's Tale? Excellent. The new Tick? Even better than the old one (I know, how could they find a replacement for Patrick Warburton? But they did it). The Good Doctor? Apparently a hit, and deservedly so. The Orville? Lots of fun and way better than I - and a lot of other people, apparently - thought it would be. Still need to catch up with Rick and Morty, though. And where is the new Miraculous Ladybug?? 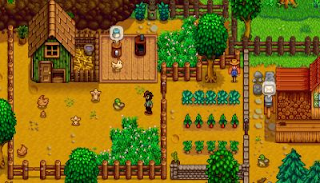 Now that Breath of the Wild is basically over, I've started on Stardew Valley, which just came out for the Switch and was reviewed on this very blog by our special guest blogger Connie Jasperson a couple of months ago.

I have to admit, I'm not very good at these "lifestyle" kind of games where the gameplay is really open-ended and there isn't a single defined goal like defeating Ganon or whatever. The first few times I tried it, I ended up working myself to exhaustion and passing out in my farm. I thought I finally got the hang of it, but then my daughter saw the plots I had dug to plant my seeds in and she laughed and said "why does that look so weird?" And so far, my meal choices have eerily resembled my real-life dietary habits (spaghetti and beer six days a week). But really, I think most of my problems come from the controls, which for some reason are so confusing to me that I had to take a picture of the screen where they show you which button does what.

At any rate, I have been having fun playing this game so far, if only for the fact that it gives my daughter enjoyment when she sees how terrible I am at it. And anyway, Xenoblade Chronicles 2 is coming out soon...
Posted by Brian Tashima at 6:39 AM