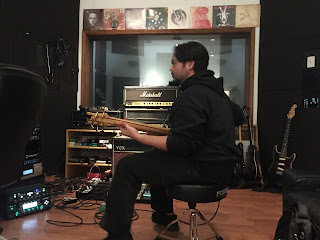 Anyway, the album, the comic, and the trailer are all scheduled to be released this coming June. So stay tuned for more updates!
Posted by Brian Tashima at 6:47 AM