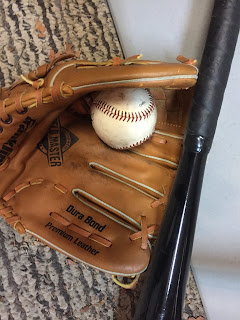 Lydia: Where is that applause coming from?
April: I don't know, but it's kind of embarrassing.
Brian: Hello, ladies! Welcome back.
Lydia: Hey.
April: Hello.
Brian: So glad you could make it.
Lydia: Yeah, well, just remember our deal - no questions about my prediction from last year.
Brian: Right, not a word.
April: We almost kind of have to talk about it, though.
Lydia: No, we don't.
April: I mean, we thought that because of what we did with the whole dispelling-the-curse thing, that the Mariners would finally -
Lydia: Ah! Stop! (hold hands to ears) LALALALALA
April: Okay, okay, sheesh.
Brian: It's not to say that it still won't happen, though. The team does seem to have some promise to it, what with all the young players.
April: Lydia has a crush on Jarred Kelenic.
Lydia: I do not.
April: Liar.
Lydia: Heh.
Brian: All right, so, we're here to discuss what you folks think will happen this season. Any thoughts?
Lydia: Boo, Astros.
April: Let's not open that can of worms, please.
Lydia: Yeah, you're probably right. I could go on for hours about that subject.
April: And you have.
Brian: How do you think the M's will do?
April: I think they'll be a little better than most people expect, although still not enough to make the playoffs.
Lydia: Yeah, I'm thinking maybe 75 wins. Ish.
April: I know they've been saying that wins and losses are not the most important metric in what is supposed to be rebuilding year, but I think you do kind of want to see some progress in that department, at least.
Lydia: Maybe a slow start followed by a better second half.
April: Yeah. 'Cause then that'll show that the young players are growing, adjusting, and developing.
Lydia: And learning how to win at the major league level.
April: Exactly.
Brian: All right, so I'll put Lydia down for 75 wins. April?
April: I'll say 76.
Lydia: What is this, the Price is Right?
April: Oh, hush.
Brian: How about another prediction - which Mariner player, or players, will make the All-Star team?
April: Hmm, that's a good question.
Lydia: Kyle Lewis.
April: I'll go with Marco Gonzales.
Lydia: Really?
April: I mean, I guess?
Lydia: All right, whatever you say. Oh, and maybe Evan White for AL Rookie of the Year.
April: Wow. That would be cool.
Lydia: Right?
Brian: Okay, and finally - who will win the World Series?
April and Lydia, together: Dodgers.
Lydia: They kinda deserve it. Because, you know, karma.
April: Not to mention an incredibly stacked roster.
Brian: All right, there you have it! April and Lydia's predictions for the 2020 MLB season. Thanks so much for joining us today, and we'll check back in the fall to see how things turned out.
April: Thanks for having us.
Lydia: Where's the beer? I heard there was supposed to be beer.
Brian: Good night, everybody!
Posted by Brian Tashima at 6:22 AM