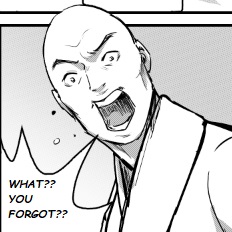 So, if everything goes according to plan, we should see three SPSU projects all released within roughly the same time period of late 2020 - early 2021. Keep watching this space for more details, including title announcements and cover reveals!
Posted by Brian Tashima at 7:03 AM