Okay, so as it turns out, this previous post saying that I was almost done with Book Two was a false ending. The Bilbo picture must have been some sort of prophetic omen*, because remember the movie version of Return of the King, where it never seemed to end? Yeah. 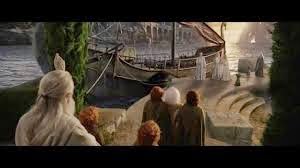 In that previous post, I said that I could see the dragon's lair a short distance away. Well, what happened was that I got to the lair and defeated the dragon, only to find out that it was actually being controlled by a triumvirate of evil dark wizards that were disguising themselves as a harmless forest gnome the whole time. And now, those wizards are attacking.

Translation: even though I was happy with the initial draft, my editor and beta readers suggested some revisions that would make the book EVEN BETTER. The revisions won't alter the basic underlying story that much, but they will require a bit of work beyond just simple tweaking. Being the perfectionist that I am, I don't want to put out a book that I know could be better than it already is, so I decided to bite the proverbial bullet and go back to the rewriting grinder.

I'm still hoping to release the final product this year, but if that doesn't happen, then so be it - it will come out when it's ready to come out. The good news is that this isn't a setback, it's simply another point along the journey to the finish line; in other words, you can't get to the true Final Boss until you go through the false ending first.

*Another picture that I used was also an appropriate omen, but I won't specify which one it is because, well, spoilers
Posted by Brian Tashima at 9:01 AM