To celebrate the 9th of April (no reason, totally random), here are my top nine most popular blog posts to date: 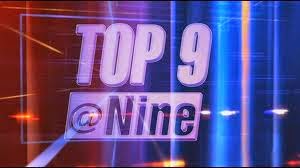 This was the first time Felicity and I spoke live on the blog. Also, this was when I had 17,000 words of Book Two written and I decided to scrap them. It wouldn't be the last time I did that.

After this post came out, I was fortunate enough to have the opportunity to meet Ian in person. Eventually, he stole the show as the special musical guest at the Book One Relaunch Party in April 2013.

Okami and The Last Story are still my top two favorites. Please, Nintendo, bring Okamiden (the DS-only Okami sequel) to the Wii U Virtual Console.

One of the better books out there with a protagonist on the spectrum, although I still have a quibble with the ending.

My stomach continues to have nightmares about this experience to this very day. By the way, Killer Burger discontinued serving the Marine a while ago.

One of my shortest blog posts ever, I think its hits-to-words ratio approaches some kind of infinite divide-by-zero type of anomaly.

Okay, actually, this post has the craziest hits-to-words ratio ever. I think the fact that I featured a bunch of awesome local authors has something to do with its high traffic.

The recap of my aforementioned meeting and jam session with the incomparable Mr. Engelsman.

And, the most popular blog post to date is...after the jump!

This post is one of my personal favorites, so you all have very good taste. Since this time, Ryan Potter has gone on to be the voice behind lead character Hiro Hamada in the Oscar-winning Big Hero 6, and Chloe Moretz has not been cast as the lead in The Force Awakens, although she's been plenty busy nonetheless.
Posted by Brian Tashima at 11:52 AM