If you've been reading this blog for a while (or, at least, for the last year or so), then you know that I and the other guys in Second Player Score are nerdy fans of numerology and thus have decided to name our fourth album Four-D and have it contain nothing but four-chord songs. In celebration of today's date - 4/16/20, all multiples of four! - I will go into more detail about why we think four is such an interesting number. 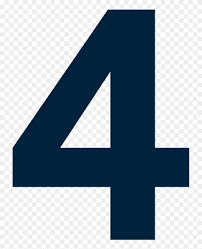 First of all, there's the power of the four-chord song. Many of you are probably already aware of "4 Chord Song" by the Axis of Awesome, which is a medley of a bunch of hits that all use the same four chords. If you've never heard it before, check it out (warning: there be swear words) and come back. We'll wait.

Okay, so besides that, what is the most common time signature in music? 4/4, where each measure contains four beats, and each beat is a quarter note. If you're not a musician, trust me on this one - most of the songs that you hear, especially in pop music, are in 4/4.

Another musical example is in phrasing. One of the secrets to writing a catchy tune is to have it follow a four-phrase pattern that goes like this: intro - rising action - climax - resolution (kind of like story structure!) For example, think of the "Happy Birthday" song, and you'll know what I mean.

And, of course, there are lots of examples outside of music: four elements, four seasons, four compass points, four mathematical operations, four blood types, four DNA components, etc. But don't just take my word for it, there are lots of places on the web (like this one) where you can read a long comprehensive list of number-four-related facts and trivia.

Interestingly enough, the number four has kind of a bad rap in East Asian countries, where the word for four ("shi") sounds similar to the word meaning death. So, in Japan, China, and other places you'll find buildings that skip over the fourth floor much like how some buildings in Western countries skip over the number 13. Still, though, that doesn't make it any less significant; in fact, it probably enhances its mystical nature.

Anyway, since we're on the subject, I should give you an Album Four status update. Boot camp has been put on temporary hold due to the current stay-at-home orders, but never fear, we are still writing songs and making plans to hit the studio as soon as conditions allow. Once we are able to record again, there's a chance we may begin releasing songs four at a time before the entire physical album comes out. Since the album is divided up into four seasonal suites (Summer, Fall, Winter, Spring), it might be neat if we could get the timing of the releases to line up like that, but we shall see...
Posted by Brian Tashima at 6:19 AM